Email ThisBlogThis!Share to TwitterShare to FacebookShare to Pinterest
Labels: ranting 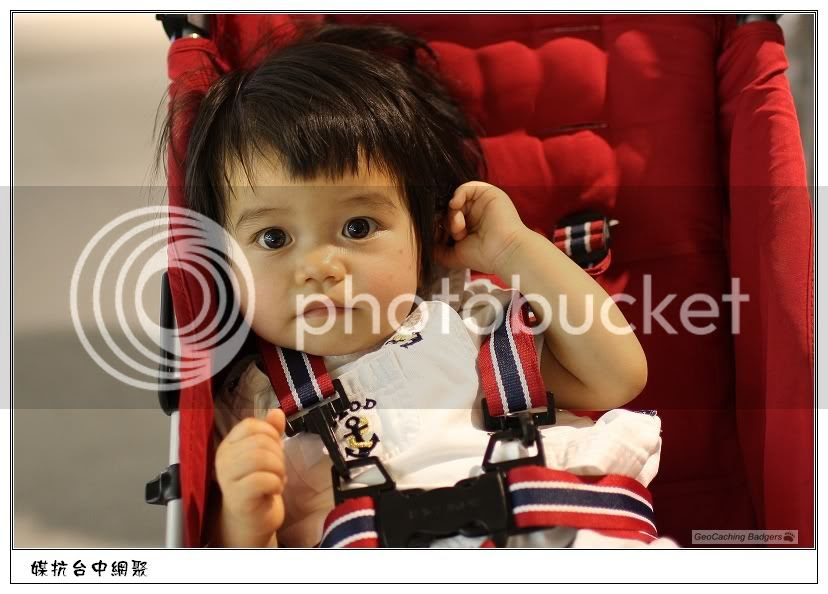 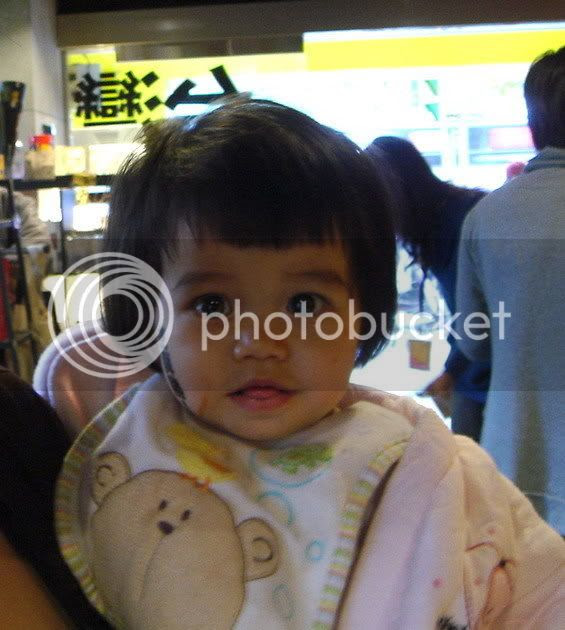 I am leaving for Taiwan this afternoon, returning to SF on 4/10. I have set my gmail to autoreply, but will still try to get access to the internet whenever I have a chance. If you have my home phone number, you can reach me there. My parents will tell you my whereabouts. See you in Taiwan, or back here in SF.

But a hotel building boom around the mountain resort in central Taiwan has locals and environmentalists worried the unspoilt beauty of the lake, which draws 3 million tourists a year, might be ruined.

"Sun Moon Lake is a very important international site, and such an important resource should be protected," said Liu Ming-lone, spokesman for the Environmental Quality Protection Foundation, a Taipei-based non-governmental organization.

Seven hotels are being planned and built on the lake shores, with some of them charging as much as $500 per night.

One 200-room hotel just opened, while two more hotels are under construction. Another four hotels are being planned, including a high-end 100-room hotel resort and a 400-room two-star hotel geared toward budget tourists from mainland China.

Prospects for a tourism deal with China, which does not have diplomatic relations with Taiwan, have spurred development as the region prepares to host millions of well-heeled Chinese visitors should tourism agreements be reached between Beijing and Taipei.

The lake is well-known in China where descriptions in literature and text books give the impression that its beauty is unmatched on the mainland. Legal barriers to Chinese citizens entering Taiwan, a self-ruled island that China regards as a renegade province, give the lake an extra mystique.

But some locals suspect the hordes of tourists in China eager to visit the lake might be disappointed as development has already caused water pollution and traffic congestion. Locals also complain about unregulated construction without a unified theme as well as breaches of building codes.

One of the hotels under construction will be 30-storeys high, far above new lake area height restrictions of seven storeys.

"With such a beautiful lake, we need some sort of master planned design to make it work out," said Hu Shan-wen, owner of the 6-year-old Spa Home hotel on the lake shores.

Faced with a faltering economy and high unemployment, the Taiwan government is keen to ramp up tourism to stimulate the services sector. Some critics believe it's eagerness is overcoming any prudence over Sun Moon Lake development projects.

Local authorities promise to put a cap on lakeshore development after the hotels in the pipeline are built, although construction will be allowed to proceed in the surrounding mountains with easy vehicle access to the lake.

There's concern the already congested two-lane highway to the lake will further clog with traffic when the new hotels open up despite a new shoreline shuttle bus route around the lake.

"There's still space to develop, but we should add only a few more hotels as there are transportation limits," said Joe Tseng, general manager of The Lalu, the shoreline's most famous lodging.

Locals are also concerned that the development boom will cause pollution that might muddy the lake's pristine waters.

"Lake water quality is very important," said tourism official Tseng Kuo-chi. "Right now it's being maintained well but as tourist numbers go up, we're afraid the quality could go down."

Last year, the government approved funds to landscape the tip of Lalu Island, a boat tour landmark that was once a hill considered sacred by the local Thao aboriginal group.

China and Taiwan want a deal to bring up to 1,000 Chinese tourists to Taiwan per day, but negotiations are stalled. Taiwan is in the throes of a March 22 election and negotiations could be restarted when the new president takes office in late May.

An influx of visitors from China could mean that profits from tourism might outweigh concern about environmental impacts.

Saw this cartoon on the babycenter.com newsletter and felt that I can totally relate to it. In fact, all I am asking is to at least be able to carry a conversation... Here's what Lynn would do -

OUTSHINING THE TORCH: One clause criticizing China's oppression of Taiwan was removed from the final wording of a resolution, sparking heated debate on the floor
By Charles Snyder
STAFF REPORTER IN WASHINGTON
Friday, Mar 07, 2008, Page 1

The US House of Representatives on Tuesday gave landslide approval to a resolution praising Taiwan's democracy and upcoming presidential election, urging the countries of the world to send delegations to Taiwan to witness the election.

By a 490-1 vote, the House endorsed the resolution that was approved by the House Foreign Affairs Committee late last month in the committee's first legislative vote this year.

The only vote against the proposal came from Ron Paul, a libertarian who until recently was a candidate for the Republican nomination for US president.

Five House members rose to speak in favor of the resolution, including two co-chairpersons of the Congressional Taiwan Caucus, Steve Chabot and Shelley Berkley.

"This resolution sends the right message at the right time," Chabot said. "As one of a very few democracies in Asia, Taiwan should be recognized for its courage and commitment to allow its citizens to choose its future."

Howard Berman, the chairman of the foreign affairs committee, said while introducing the resolution on the floor that "Taiwan's political system has evolved into one of the strongest democratic systems in Asia," following the demise of martial law and one-party "authoritarian dictatorship that failed to respect basic human rights."

"Today, Taiwan is a flourishing, multiparty democracy that respects human rights, upholds the rule of law and holds competitive elec-tions," he said.

"The United States' relationship with Taiwan speaks to the great importance of democracy in our foreign policy ... it is Taiwan's development of democracy that underpins the strong US-Taiwan friendship that we enjoy today," he said.

Michael Bilirakis, speaking for the opposition Republicans, called Taiwan "a shining example for other Asian states struggling with the introduction of representative forms of government and the rule of law. Taiwan's free elections, however, have the greatest impact on those who are still yearning to breathe free in the vast Chinese mainland."

He called Taiwan's democracy a "beacon of hope for those still suffering under the oppression on the communist Chinese mainland."

"Taiwan's democracy is a torch which shines ever brighter, far outshining the Olympic torch of the Chinese regime, which hopes this year to use sports to achieve propaganda victory," he said.

A dispute broke out during the deliberation on the Foreign Affairs Committee's decision to remove from the original resolution a clause that asserts that Taiwan "faces threat and intimidation from neighboring China."

That clause was deleted at the insistence of the chairman of the committee's Asia and Pacific subcommittee, delegate Eni Faleo-mavega of American Samoa.

Chabot bemoaned the committee's action, saying: "I'm disappointed that the strong language contained in the introduced version of the bill, which referenced the acts of intimidation and pressure by China, was eliminated. It is unrealistic to believe that these elections are not of concern to China."

"Yet, in spite of these belligerent threats and the constant saber-rattling by Beijing, Taipei has continued to stand tall for freedom," he said.

Faleomavega, who has often taken a pro-Beijing stance in committee matters, defended his action.

Noting his two trips to Taipei over the past year, he said: "I can assure my colleagues that elections are in full swing in Taiwan, with no intimidation from the People's Republic of China."

"I think it is important for [congressional] members to observe first-hand the [Taiwanese electoral] process and meet the leaders in Taiwan and Beijing before being so quick in condemning the People's Republic of China," he said.

He said the resolution did not address the issue of the referendum on UN membership, adding: "I do not believe it would be in the best interest of our country to support the position of Taiwan's current administration, which has attempted to push for independence, which is contrary to the US position on one-country-two-systems [sic]."

習慣每晚寧可先吃點心，然後好好做一餐料理等小鼓爸回來一起共進晚餐。這兩天我突然的焦慮了起來：我不在他要吃些什麼？（怪了，好像他沒手沒腳不會自己去買菜做菜嗎？！再不濟也有外食啊。）他回家只有一個人要怎麼辦？（奇了，家裡有網路有電視有黑膠唱盤，he'll have all the time in the world to enjoy himself.）最擔心的是放假日沒有我在身邊碎碎念他清廚房倒垃圾洗衣服哄小孩，他該如何是好？！（這個好像才是真正讓我焦慮的原因？！）XD

我曾經告訴我自己不想要再悲情，不想要再為台灣傷感落淚，但是在網路上看到一集又一集的逆風行腳紀錄片段，我的眼淚還是不爭氣的落下。逆風行腳沒跟上沒有關係，我告訴我自己，因為咬著牙決定搬回台灣，回到我們的起點重新開始，就是我跟米台目這個小家庭的逆風前進的方式。
Posted by id_anomaly at 3/05/2008 01:11:00 PM 2 comments: Links to this post